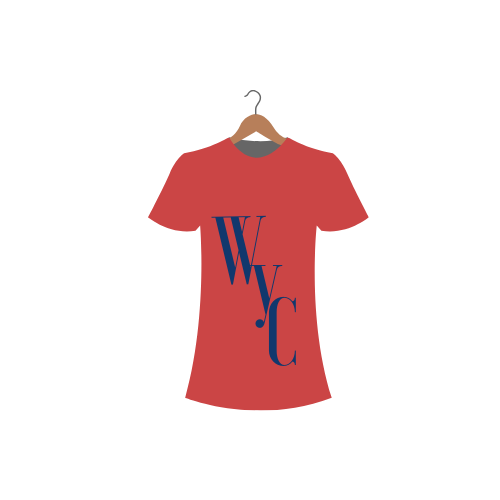 One statement we can all agree on: The presidential election in 2020 is the most important election in modern history. The hurricane surrounding this election is nearing a category four: catastrophic damage to our society. I’m disappointed in all of us, the deep divide we seem adamant to foster. As a lifelong Republican, Conservative, Christian, I am especially disappointed in my own community. What I find particularly upsetting is our fear of honest discourse about President Trump. We are arguing, shaming, labeling, and judging in ways that liken us to the Pharisees in Jesus’ day. We are contentious and reluctant to talk about Trump from a macro perspective; it seems we are willing to ignore his alarming street-fight behavior for our own interests (abortion, capitalism, rights). And by interests, I mean values. That’s the word my community likes to use in piety to explain their unabashed support of a man who is doing far more harm than good.

I don’t understand this so I started asking questions. Mainly,

How can we as a party, as Christians, support a man that has such horrible character and is doing so much damage to our democracy on a daily basis?

I’m not the only one asking this question. Various leaders in the white evangelical circle are tweeting, writing articles, podcasting and broadcasting over the radio about this very question. To my frustration, the answers to the question fall into four polarizing categories:

More confusing than the refusal to specifically answer the question is the vitriol against those of us asking the questions. And again, this vitriol comes from the “leaders” within our own community as well as the lay members. If one is questioning support for Trump, then one’s position is deemed a “left-wing socialist, communist, progressive Christian whose liberal theology is not only misguided, dangerous, and disturbing, but following after Satan.” If one IS supporting Trump, they of course are (self-proclaimed), “spirit-filled and listening to God.” No wonder people on the outside want nothing to do with Christianity. If this is what it is, then I don’t either.

We are a community that is destroying itself from the inside, out; we are bloodied and bruised from attacking and dismissing one another amid the void of guidance and civil debate. I feel profound sadness over this. What values are WE displaying in this mess as we argue this way? And what values are we voting for? Like it or not, we need to engage this issue of voting our values. Therefore, the rest of this post will examine three values: The Sanctity of Life, Socialism vs. Capitalism, and Decency in Regards to Leadership and Character.

The Sanctity of Life

The conversation of voting your values usually begins with the sanctity of life, aka, abortion. Merriam Webster defines sanctity this way:

“Holiness of life and character.”

This definition does not delineate which stage of life is holy, just that life itself is holy.

Gotquestions.org explains it this way:

So, while I am pro-life and agree that abortion is an important issue—the baby/fetus is a completely different set of DNA than the woman’s body that is growing inside of, and being supported by, her body, but is inherently #notherbody—this separate set of DNA has somehow become the poster child for the word sanctity.

I cannot find biblical evidence for this. I do not see a verse that outlines a hierarchy of human life or a scripture that might suggest that the life listed at the top of the pyramid is the most important, with a directive to fight for that one first, and then work your way down to “the least of these.” In fact, I found verses that exhort the exact opposite.

Fighting for the life of the unborn, while ignoring and accepting the de-valuing of life in all other facets of humanity is not only convenient, but sinful. We grab onto the abortion issue because its uncomplicated (“it’s wrong; end of story”). Fighting for justice for people (the babies) in the poor communities once they are born, or helping people (the babies) that suffer abuse or oppression once they are born, or helping people (the babies) who become homeless, or incarcerated, or trafficked, or those that flee countries of abuse and need protection…we are not so interested in THOSE babies who are now adults with messy lives. We apply sanctity, “holiness,” to the humans who have not yet taken a breath, but not to the humans of another ethnicity, of another economic level, of another religion, or of another country. We view them as “them” and not as holy, not as sanctity of life that needs to be protected and respected.

Christians should fight for all life equally in all stages of life and not put one above the other.

The bible does not specifically support either socialism or capitalism in the sense that the bible is a blueprint in how to establish and run a government. There are plenty of verses to support both positions, but they slant from the perspective of character and learning to live rightly under any system rather than a mandate on government policy.

For example, from “How Should a Christian View Socialism:”

“The command in Deuteronomy 5:19, ’You shall not steal,’ is meaningless without private property…in 2 Thessalonians 3:10, ‘The one who is unwilling to work shall not eat,’ suggests that the Bible teaches that individuals are responsible to support themselves…Jesus’ parable in Matthew 25:14-30 clearly teaches our responsibility to serve God with our (private) resources.”

On the other hand, from “What is Christian Socialism:”

“In the passage from Acts 4:32-35, ‘All the believers were in one heart and mind. No one claimed that any of their possessions was their own, but shared everything they had…there were no needy persons among them…’ The most glaring problem with applying this verse to creating a socialistic society is that this was not a mandate. It was voluntary. In the Old Testament, when Israel was a theocracy, it was still a capitalistic society…[the New Testament, i.e. Jesus,] did not call for a switch to socialism in the government when he arrived; rather there were programs in place to prevent generational poverty and the rich were forbidden to take unfair advantage of the poor.”

Sojourners reports over 2000 verses in the bible on the topic of poverty, social justice, and equality. There are 59 verses on “one another…love one another, pray for one another, etc.” We are to behave like Jesus, putting our time and effort into each other, especially the marginalized, no matter who or what system is in power. God is much more interested in our character than our comfort and in our faith than in a certain system of government.

There are two articles that explain this further, complete with verses, that you can read here: “How Should a Christian View Socialism?” and “What is Christian Socialism?” These are balanced articles weighing the differences between capitalism and socialism and purport a biblical view of generosity, taking care of your neighbor, being a good steward of your time, talent, and treasure, and developing your character.

As far as voting for the system we prefer in the society in which we live, we have the right to pick one, keeping in mind the government’s role is to protect the rights of its people. ALL of them. Every class, every race, every religion, every age. Instead of being concerned with our personal rights, we are to be concerned with justice for ALL. Both capitalism and socialism have pros and cons and each should be addressed.

As far as the bible is concerned, it doesn’t take an either-or or a neither-nor position. In other words, government systems around the world are not the point of the bible. The bible is concerned with the person of God, the creation, the fall, the redemption, and who God says we are and how we are to live like Jesus in that story, wherever one lives in the world.

The question should never be, “Is this leftist or right-wing, liberal or conservative, socialist or capitalist?” The question should be “Does this action love my neighbor, look out for their interests more than my own, manifest the fruit of the Spirit?” —Dr. Michael Svigel

This is the part that befuddles me the most. White evangelical support for him is bordering on idolatry. Of all the sermons that are preached about loving one another, this edict seems to be thrown out the window when it comes to Trump. He doesn’t pass the decency test. He’s a bully and a manipulator. He has the worst character we’ve ever seen in an American president. He behaves as close to a tyrant as we’ve ever seen in an American president. The Washington Post has fact checked over 20,000 lies made by the president during his time in office and the tally continues to rise as he becomes more erratic towards election day.

All of the “good” things a supporter will try and argue for—”Israel, conservative judges, trade deals”—pale in comparison to the damage he is doing to our democracy with his words and behaviors on a daily basis.

If the conversation didn’t turn contentious while debating sanctity of life or capitalism vs. socialism, it will definitely take a turn for the worse when Trump’s character is mentioned. This is where the claws come out. Trump’s character is a topic that his supporters do not want to discuss as long as he is doing their bidding. His character, and our response to it, is turning this election-season hurricane into catastrophic results to the church (and the country) if we allow this to continue.

We the Republican party, and most especially we as Christians, are passively accepting vitriol from our candidate that hurts our fellow citizens with racist and demeaning remarks, vitriol that hurts our economy with his continued down-playing of the pandemic, vitriol that hurts our relationships with other countries because he has so many of his own interests going on. We are towing the Republican line for a bully and going over the cliff in the process for the sake of our “values.” If we as a Christian community continue to ignore his words, tweets, and lies, what does that say about OUR Christian character? It certainly makes us complicit in hurting other people. It makes us complicit in racism, sexism, chaos, white nationalism and lies. Where is the sanctity of life in this scenario?

We cannot separate how a person behaves from the way they govern, as has been suggested. They are one in the same package. It would be like trying to drive a car without an engine. Behavior IS the rubric we use to discern good or bad leadership. Ignoring this only perpetuates the chaos; it makes us complicit in it.

Which value will you hold most valuable in the voting booth? Will you cling to the babies because its easier? Or will you value the sanctity of ALL life by realizing that our candidate’s words and behavior are dangerous to our democracy and its people on multiple levels. We can’t afford another four years of a man who supports only the people who support him and attacks everyone else. America is supposed to stand for justice for all.  As Christians, we should too.

Are You Living in the Past, Present, or Future?

How To Love The Unlovable

Tara is the author of two books, is a cohost for Two Steps Ahead Podcast, blogs about character, and creates character inspired products for her designer label, TARAfically Uplifting, Wear Your Character

Find the perfect Christmas gift in the swag shop! Click on Wear Your Character! Dismiss